How To Play Roblox On Xbox One Without Gold

How To See How Many Hours Played On Xbox App

How To Set Up Xbox One

The title boasts millions of players worldwide – if you’re an Xbox owner, here’s how you can get started!

With an ever-expanding community of creators, Roblox is drawing in new fans by the day!

And with good reason, the game gives you an easy and accessible way to build and create your own games.

But don’t take our word for it, currently, there is an estimated 1 Billion plus games on Roblox alone!

Let’s take a look at how to download Roblox on Xbox One for free.

Playing Roblox On Xbox One

Once downloaded, you’ll be able to play all of the available games on the title.

Roblox even has cross-platform play, which means that you’ll be able to join your friends on PC, Mac, and mobile.

Of course, any of your online Xbox friends can be partied up with! Just hit the Friends tab and get going!

These are the best Roblox games as picked by PCGamesN:

Natural Disaster Survival – like PUBG but don’t worry about players – only the natural elements!

Work at a Pizza Place – Order up! Get to work at the pizzeria. Whether it’s cashier, cook, pizza boxer or delivery, this a fun way to pick up some cash.

Murder Mystery 2 – Murder mystery with two characters – a sheriff and a murderer holding weapons…can you figure out whodunnit?

Jailbreak – You decide to be either a police officer or a criminal. Choose to either keep the prisoners in or try to escape! If an escape is successful, the game becomes an open world.

As announced in March, Microsoft has finally removed the necessity for Xbox Live Gold to play certain Free to Play online games. Thats right, for popular titles such as Fortnite, Roblox, Apex Legends and many more, players now no longer require to pay anything extra. Free-to-Play now truly means Free to Play.

Many fans are overjoyed at this news, responding positively to the announcements on Twitter. Some players even stated that they only have a Gold Membership to play games such as SMITE, as seen in the responses to the tweet below.

Starting TODAY, you will no longer need a paid Live subscription to play SMITE and the rest of ‘ games!

Who’s ready to enter the Battleground of the Gods?!?

Microsoft made an announcement earlier this year, stating that the price for a Gold Membership would be doubling in price. People quickly responded negatively to the news, leading them to revoke the decision. This led to the announcement that Free to Play games would no longer require membership whatsoever. Finally, it has been released for all players.

Were turning this moment into an opportunity to bring Xbox Live more in line with how we see the player at the center of their experience, Microsoft added. For free-to-play games, you will no longer need an Xbox Live Gold membership to play those games on Xbox.

As well as access to online play, Xbox Live Gold offers subscribers purchase discounts and monthly free games that can be kept permanently on Xbox 360 or while a subscription remains active on Xbox Series X/S and Xbox One.

In 2019, Microsoft started bundling Xbox Live Gold with its Xbox Game Pass subscription service in the form of Xbox Game Pass Ultimate, which costs $14.99/£10.99 per month and features on demand gaming and access to EA Play.

Xbox One App: How To Play A Roblox Experience

An Xbox One console is required for play, as well as an Xbox Live Gold account and an Internet connection. You can find Roblox in the Xbox Live store. It’s free!

Each experience inside Roblox on Xbox will have slightly different rules, controls, and experience mechanics. The general controls will be the same however, as shown below.

Note: This controller map can be accessed at any time in-experience by clicking on the “Roblox Menu” button shown above, then selecting the Settings option , and clicking the Right Bumper to access the Help tab.

Microsoft also affirmed that it would add future titles that come under these categories to the list. So, if youre holding onto the membership simply to play these games, you no longer require it to enjoy them. Xbox Games Studios pledged to push the industry forward with games and features that put the player first, and this shows that they are truly going ahead with this initiative.

Will you be taking advantage of the new Free to Play update? Let me know what you think of the update in the comments below.

Can You Play Rocket League On Xbox Without Xbox Live

Yes, Rocket League can now be played without Xbox Live on Xbox platforms. Microsoft confirmed in April 2021 that a number of major free-to-play online games are now available to be played without the need for Xbox Live. Some of these games include Epic Games’ Fortnite and Rocket League, as well as Apex Legends, Warframe, and Roblox.

Free-to-play now means free-to-play.Starting now, all Xbox players can access these free-to-play games with or without an Xbox Live Gold subscription:

Now that you can play Rocket League without Xbox Live on Xbox One and Series X|S, this could open the door for an abolishment of these kinds of policies for online platforms. After all, it’s kind of outrageous that if you purchase a game like Call of Duty, you additionally need to pay for Xbox Live or PlayStation Plus to access the features that you already purchased… when you bought the freakin’ game! Honestly, this is a disgusting business practice, and I’m bloody happy to see it flushed out with the dishwater. Good riddance.

Activating Your Xbox Game Pass Via The Xbox Website

Get this bundle and over 100 high-quality games with no upfront cost.^ Plus console upgrade option.

While the aforementioned games are arguably the biggest free Xbox games without Gold, there are many others available to play. Here is the full list of free Xbox games that do not require Gold. Please note that this list will evolve over time, as new free-to-play games will be added occasionally.

Today marks a day to be rejoiced by many Xbox Fortnite, Xbox Rocket League and Xbox Roblox players worldwide.

This means that more than 60 titles will not only be accessible to every Xbox user, but the multiplayer lobbies will be fuller than ever as they get to live the full experience completely for free for the first time ever. 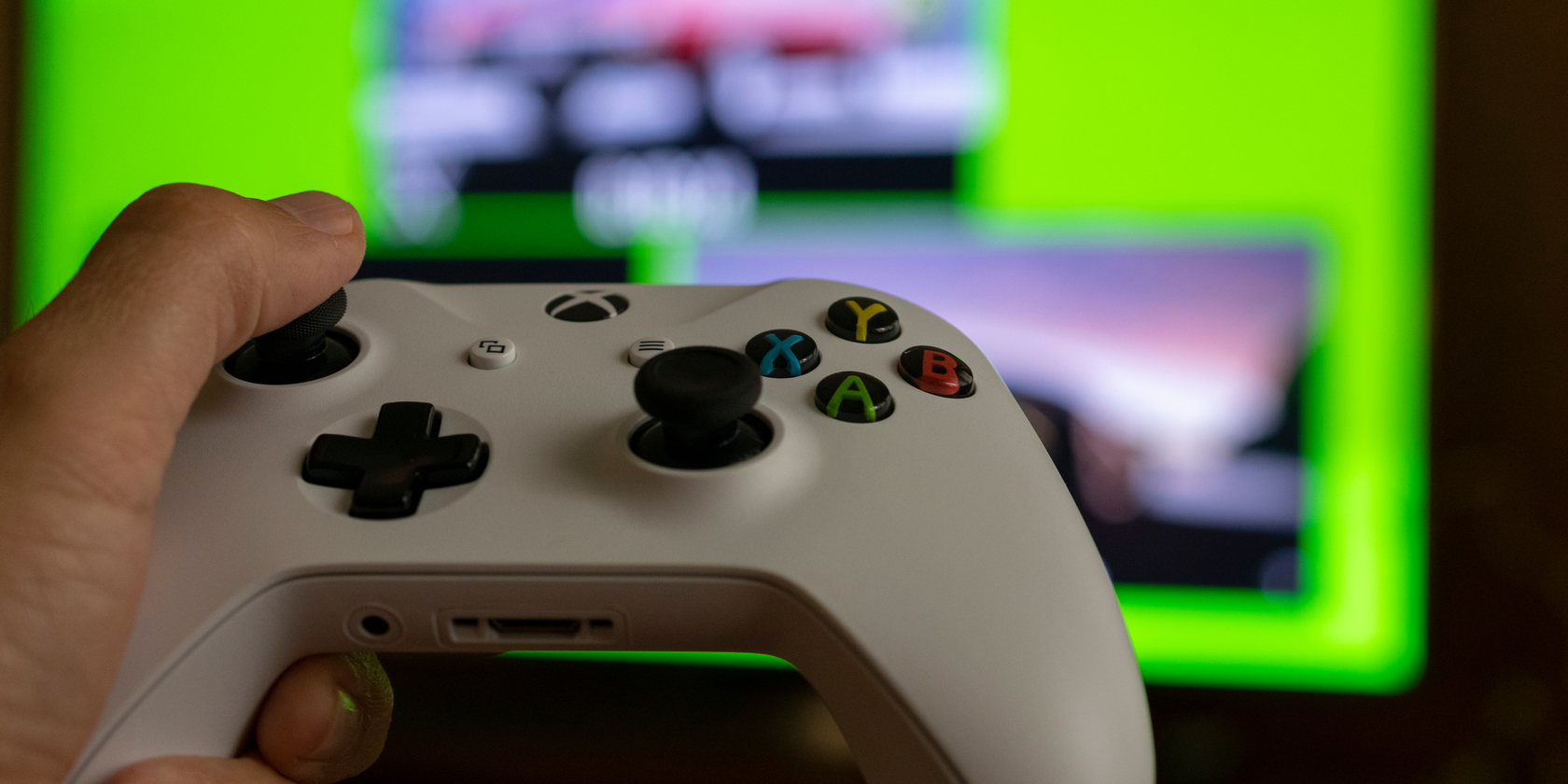 Xbox has confirmed through their official blog, Xbox Wire, the new titles that will take part in Xbox Live Golds monthly rotation during June. Four new games will be available for the subscribers during June and part of July. Of course, once redeemed, they will stay as part of your library, but remember, you need to be subscribed to either Xbox Live Gold or Xbox Game Pass Ultimate to access them.

Recommended Reading: How To Stream Ps4 On Discord

What Games Can Be Played Without An Xbox Live Gold Membership

Heres the full list of free-to-play games that support online multiplayer. These titles do not require an Xbox Live Gold Membership to play online.

The change was made as part of listening to your feedback and is effective immediately, starting today 21st April 2021.

The full list of more than 50 free-to-play games is available on Xbox.com and below the Xbox.com list will be updated as more free-to-play games launch. For more information about these changes and your Xbox membership options, please visit our FAQ.

Using A Free Trial Code On Xbox One

How to play roblox on an Xbox one/(EASY)

How To Download Roblox On Xbox One For Free

If you’re an Xbox One owner, you’re already half-way there!

All you need now is an Xbox Live Gold account and of course – an internet connection.

Head to the Xbox Live Store and search for Roblox and go ahead and download it…for free!

Play And Create Without Limits On Xbox One S

Enjoy a free-to-play download of Roblox and play with millions of gamers in an ever-expanding, user-generated universe where the gameplay is as limitless as your imagination.

You May Like: Xbox App How To Change Profile Picture

Free-to-play games are now actually free on Xbox One and Series X/S, as Microsoft finally remove the need to have Xbox Live Gold.

Its a loophole that has persisted for years but up until now if you wanted to play free-to-play multiplayer games such as Fortnite and Call Of Duty: Warzone on Xbox then you still had to have an Xbox Live Gold subscription to do so.

Finally though, that is no longer the case and those two games, and more than 50 others, are now genuinely free to play on all Xbox formats.

Not even Nintendo charges for free-to-play games but now, as of April 21, theyre all completely free on all three console formats.

The news was announced last month but still might not have happened if Microsoft had not recently got itself into a PR blunder by trying to raise the price of Xbox Live Gold during the middle of lockdown.

Making free-to-play games free seems to have been offered as an apology for that move, although most gamers consider it long overdue.

Can Xbox And Pc Play Minecraft Together

How To Find Someones Ip On Xbox

When Did Minecraft Come Out On Xbox 360